Planning from the bottom up: Lessons from Strong Towns founder Chuck Marohn

On Monday, September 24th, Strong Towns founder and urban planner Chuck Marohn, AICP gave a lecture here in the Old Goucher neighborhood of Baltimore on “Reinventing the Project Development Process.” Strong Towns is a media organization and movement that is “challenging every American to fundamentally rethink how our cities are built, and shining a spotlight on an approach that will make us truly prosperous.” They are encouraging cities to become “financially strong and resilient” by changing their development process from being a top-down process to a bottom-up innovation.

As it stands today, most planning and infrastructure projects are developed from the top-down: the local government conceptualizes it, then figures out how it will be funded, and then presents it to the communities for their feedback before being finalized. While this process is orderly, in the words of Marohn, it is also dumb because it doesn’t give communities the full opportunity to have a say in what they want and need for themselves. They are instead presented at best with two or three options or at worst told what they will be getting. Two examples that Marohn gave were of his hometown Brainerd, MN expanding water/sewer infrastructure to its local regional airport and of Memphis, TN building a pyramid shaped area in order to attract an NBA team. With both of these examples, they were conceptualized by city officials, obtained partial funding, then ultimately placed the rest of the funding on taxpaying residents. Citizens weren’t asked if an airport expansion is something they’d want and use; they were presented the options as if the expansion was automatically a given. Most egregious is the Memphis Pyramid – it was built to attract an NBA team but was considered obsolete once the Memphis Grizzlies came to town, causing the city to build an entirely new arena for them with taxpayer dollars. FedExForum opened when the Pyramid was just 13 years old in 2004. The City ended up paying an additional $30 million for renovations for a Bass Pro Superstore to open in the Pyramid in 2015.

Instead, Marohn proposes a better way – plan cities from the bottom-up with low risk, low cost, incremental investment. Directly ask residents what changes they would like to see implemented in their neighborhoods – not only are they the experts, but they are the ones who have to live with the changes and be more invested in the outcome. Using his hometown Brainerd, MN again as an example, he talks about eight small changes in a neighborhood not only improved the quality of life, but also improved the bottom line by spending less than $17,000. These changes included safer streets, sidewalks, and more trees. Two projects included striping narrower driving lanes on wide streets, which reduced driving speeds and made the streets safer to walk and bike. In one case, they did a traffic study after and found that after the striping only one car out of 300 was driving over 30 miles per hour. This is because the striping created edge friction that slowed down drivers. Two other projects added cross hatching to intersections and also put up flags for people to carry when they crossed the street, making them more noticeable to cars. One project added a 10 foot dedicated walking lane to the north side of the street with a double white line so that people had a safe way to walk to the grocery store. The remaining three projects involved trimming and planting trees to increase safety, shade, and desirability to a park and neighborhood street on hot days.

Before these projects were even selected, the planning team spent a year engaging with residents on the street and asking them about where they were coming and going, why they chose the routes and locations they did, and what they desired to see improved in their neighborhood. At the end of the year, the planners held a block party and scavenger hunt before announcing the eight projects. The community wasn’t an afterthought but an essential part of the planning process from start to finish.

One other important note that Marohn presented was that the largest economic and financial generators in a city are not always in the places we expect. While downtowns, which are generally the densest part of a city, do generate a lot of wealth, higher density lower income neighborhoods rank second in bringing wealth to the city. This is due to the large concentration of small businesses in commercial strips and lack of space dedicated to free off-street parking. In Brainerd, MN, a dense block with several small businesses generates almost double the amount of financial revenue of a block with one chain fast food restaurant! This is because the fast food restaurant’s free parking takes up space that on the other block is filled with businesses. On first glance, one might not see anything special about the nail salons, carry-out restaurants, and corner stores on the denser block, but each of those businesses is supporting residents, generating profits, and paying taxes to the city. 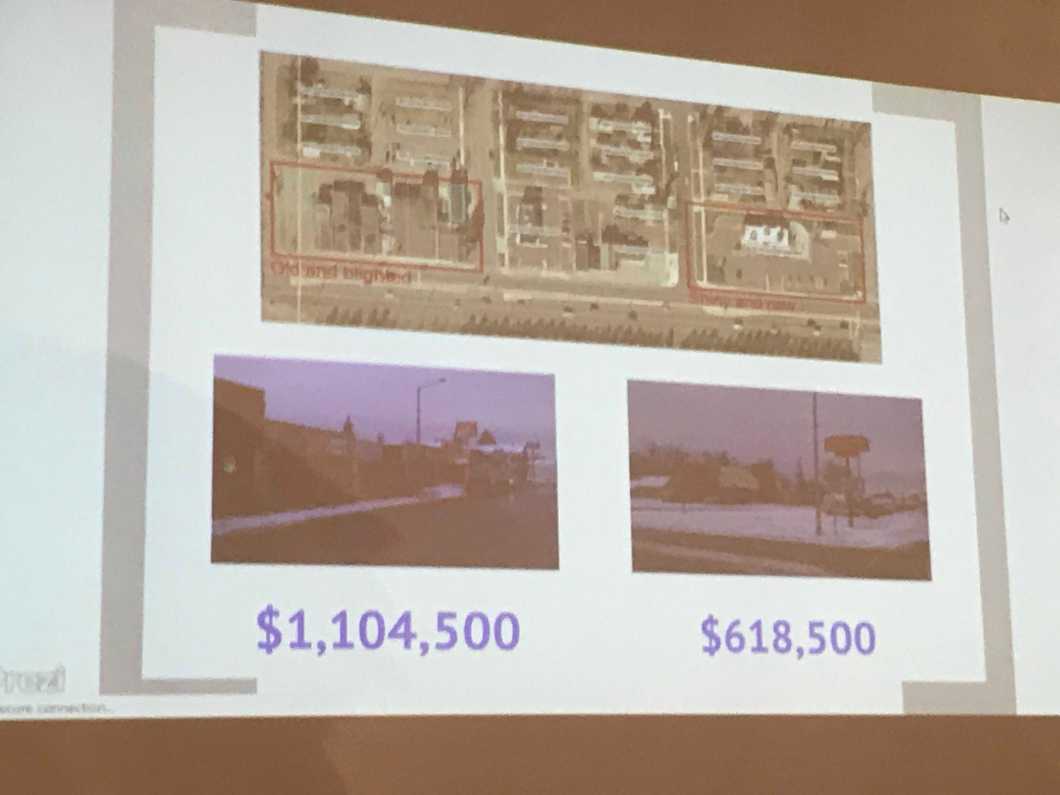 These three lessons – planning from the bottom up, directly engaging the community, and not taking for granted neighborhood oriented businesses – are not just key for planning neighborhoods and cities, but in my experience are key in planning for unsheltered homelessness. Talking to people who are living or have previously been homeless should be how public policy decisions are made to help alleviate homelessness, yet, the process typically is decided from the top down to dictate what officials think the homeless need. For example, here in Baltimore, encampments have become a rarity (and much more hidden) as city officials have made efforts to close them in 2018 and now funnel individuals into single sex dormitory-style housing programs en mass. On the surface, this sounds like a laudable effort; however, these programs are not one-size-fits-all and funneling people into them as the only option ignores some of the reasons why people live outside.

When I interviewed ten residents of the MLK encampment here in Baltimore in 2016-2017, I asked them why they choose to live unsheltered and one major reason is so that they can live with their opposite sex family member(s). Every single program and shelter in Baltimore City is single gendered, so they would lose the one thing they have in order to move inside. Shelters are also larger dormitory style settings, which lead to a mingling of many different personalities where fights, abuse, and theft are more likely to occur, making them less safe than a small tent community that looked out for each other where they could also maintain a small amount of privacy and autonomy. They all desired a place of their own, whether in an apartment or house.

If planning and public policy was informed from the bottom up, we would start to see this huge gap in family care addressed instead of ignored. We would also focus on keeping people from losing their housing in the first place and rapidly getting them back into housing first instead of dragging people through hoops and hurdles in dormitory style arrangements first.

In a future post, I’ll write more about as individuals, community groups, and grassroots organizations we can start planning in our own communities from the bottom-up to end homelessness. In the meantime, I highly recommend checking out Strong Towns for further reading on bottom up community planning!